Everything You Need To Know About NEAR Protocol and Smart Contracts 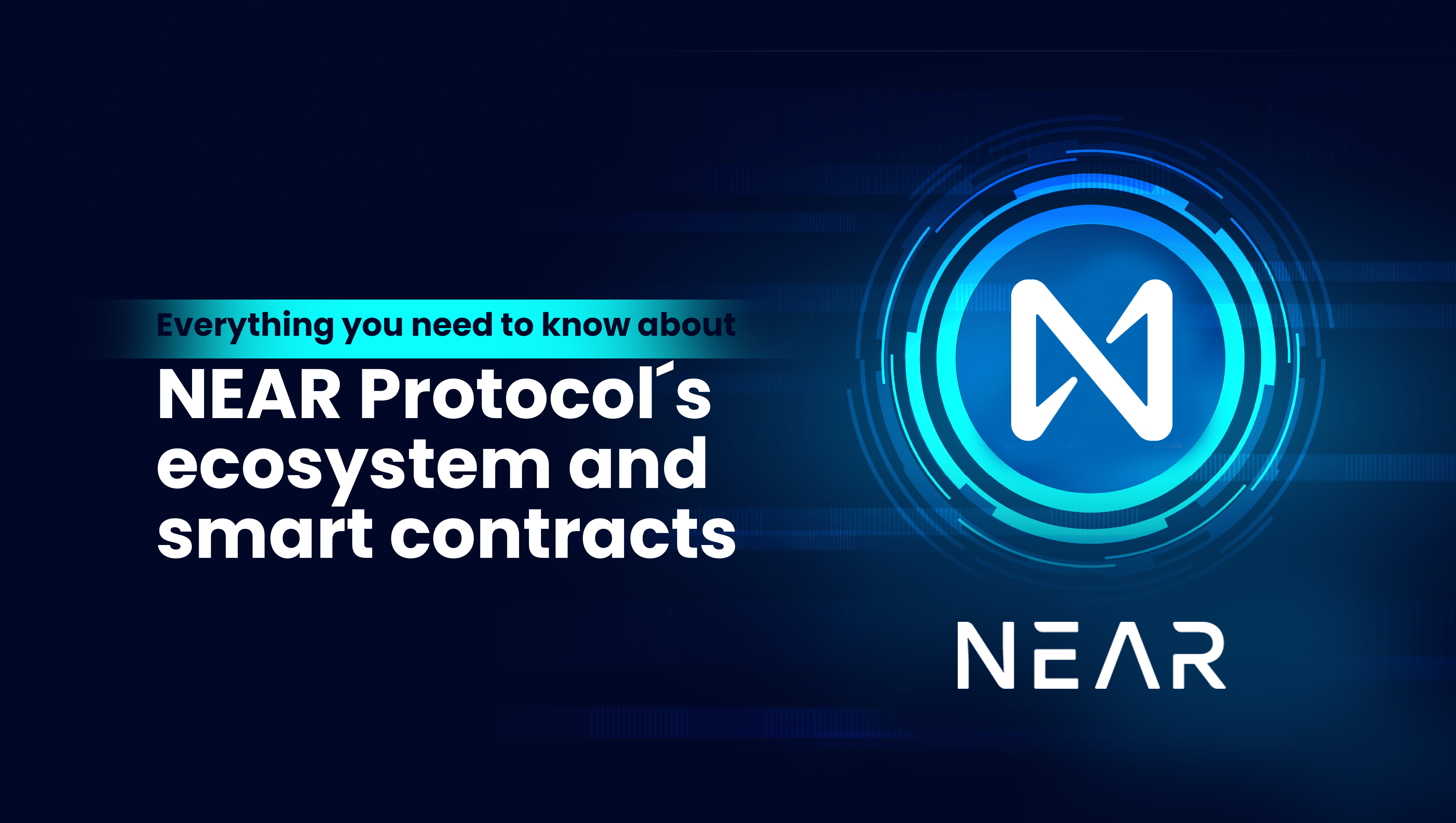 The NEAR Protocol was unveiled when its Mainnet was launched in April 2020 as a decentralized application platform to advance the open web and enable its development. According to the founders of the project, they envisioned the web in its future state, and designed the protocol as a solution to the envisaged need. NEAR is thus envisioned to power new applications, new currencies as well as standalone novel industries.

The Reason for NEAR Protocol

The NEAR platform makes it possible for developers to host serverless applications, diverse smart contracts, and other innovations by leveraging on its fundamentals. NEAR enables access to an open web in a complete ecosystem as well as a window to open finance networks.

In its technicality, users of the platform will find the sharding technology in use to be agile as it facilitates faster transaction processing counts as well as the much-needed security in comparison to similar networks.

By utilizing this platform, developers are able to build efficient applications that can withstand huge activity volumes. For fast -thinking developers keen on layer 2 solutions, the platform is a veritable answer to bridge the Ethereum network.

NEAR Protocol ecosystem is powered by a utility token called NEAR, and it is used for transaction fees, storage charges as well as to run applications. All apps on the platform have to pay storage fees for data that are stored on it and for performing allied computations. In its dynamic approach, NEAR tokens are also burned periodically so as to reduce the number in circulation and confer more value on the cryptocurrency.

NEAR Ecosystem and components

The platform has its major components as the Nightshade, the rainbow bridge and Aurora. These are reviewed further below:

On the platform, Nightshade makes it possible for a single chain of data to be maintained as well as undertaking the distribution of the required computing necessary for data update into ‘‘chunks”. The data sets are processed by nodes, which in turn update this information back to the main net.

Nightshade is celebrated as it is a bypass for possible points of failure that could occur on the network security-wise. it facilitates this by ensuring that only small sections of the platform are impacted by participating nodes.

NEAR Protocol also has a vital component known as Rainbow Bridge, which aids the transfer of Ethereum tokens across both networks by participants.  This is the reasons that Ethereum tokens can be moved from NEAR network to Ethereum network and vice versa.

The platform also hosts Aurora, which functions as an efficient Layer 2 solution that enables developers to launch new Ethereum DApps using the NEAR network.

Some projects already existing on the platform are Flux, Mintbase, among others shown on the image below: 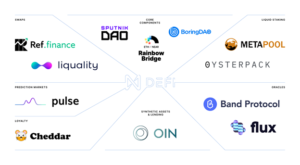 The platform has also launched its smart contracts, which effectively runs code at the back end of the application while storing needed data on the public blockchain. The smart contracts here have to be (WASM) WebAssembly-built to be compatible. The supported languages on the platform are just two-Rust and AssemblyScript.

No matter the language used by a developer to build a smart contract, when they are compiled directly to WASM, they will be deployed in the same fashion on NEAR ecosystem.

The rise in smart contract functionalities on blockchains show that there is a growing need for their use as well as evident increasing demand. As the world looks to a connected living, these platforms will make it possible for ease of deployment across ecosystems and enable seamless experiences.