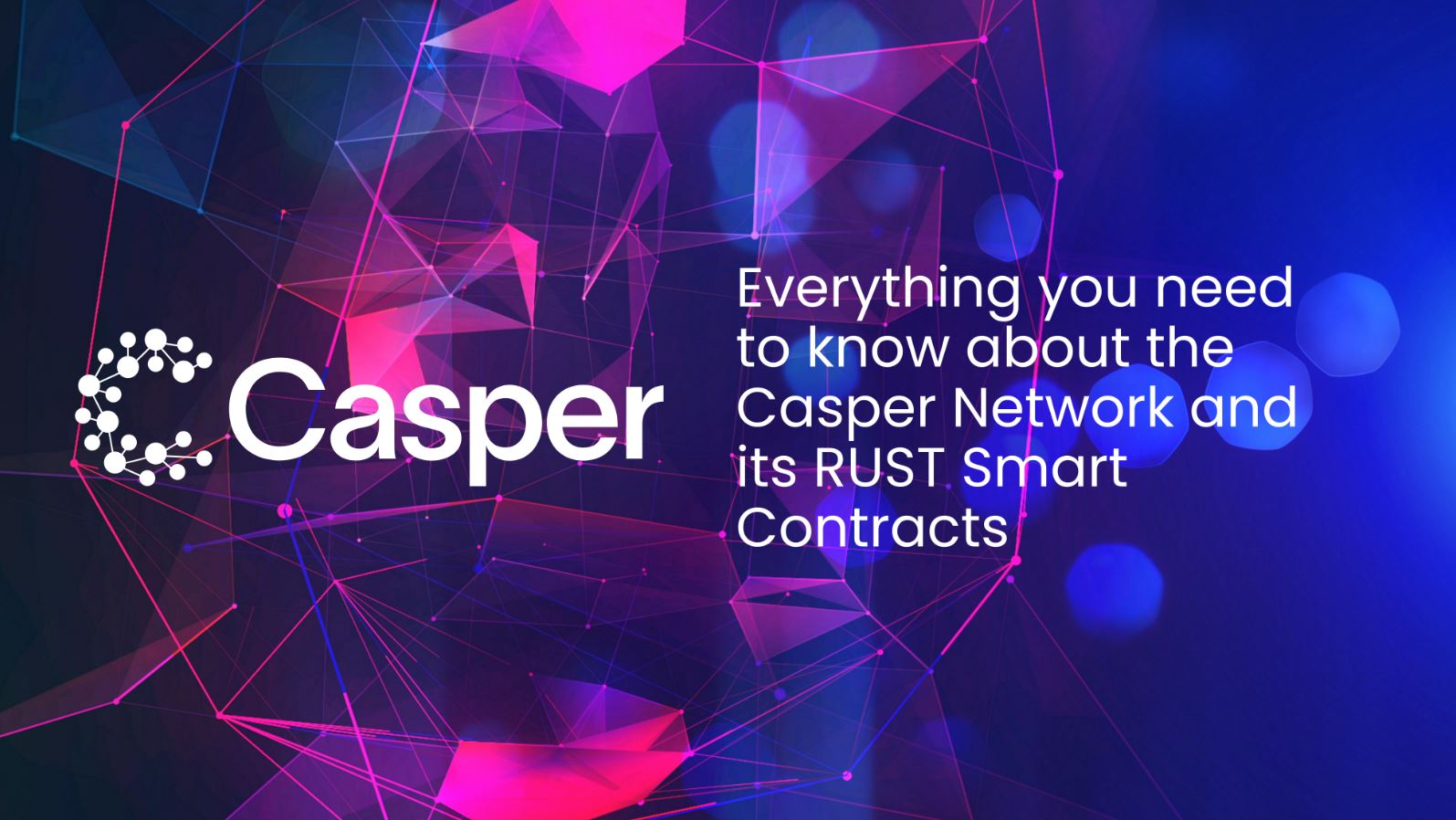 Casper is the first real-time Proof-of-Stake (PoS) blockchain based on the Casper CBC standard, which was founded in 2018 by Medha Parlikar and Mrinal Manohar. Casper is a platform that intends to encourage the worldwide use of blockchain technology, smart contracts, and decentralized applications (DApps).

Casper’s future-oriented design aims to ensure that the platform is constantly evolving to meet the changing demands of its users and to provide the best possible service to developers of all backgrounds.

Casper, as per the official white paper, was created to meet the needs of businesses and programmers. Casper’s mission is to bring about a new Web3 development, as demand for intuitive and connected services grows across the globe.

What is Casper’s mechanism of operation?

Casper depends on a set of validators to ensure that transactions are verified and the network is maintained. Casper allows validators to be dispersed regionally, unlike Proof-of-Work networks, which need validators to be centralized for economies of scale. Validators obtain $CSPR incentives for participating in the PoS consensus process by verifying transactions based on staked tokens. The Casper Network’s native token is $CSPR.

What are the advantages of Casper?

Rust is a computer language that is known for its reliability and performance. Casper provides a runtime environment for smart contract development. WebAssembly (WASM), an open standard for speed and portability of contemporary online applications, is used to build the Rust smart contracts.

The Casper community is developing clients in other languages in addition to the default command-line Rust client.

The simplest approach to get started with smart contract programming is to list the native token CSPR and the Rust contract SDK. The Casper local Rust contract development environment includes an in-memory virtual machine and a testing framework against which your contract may be tested to aid developers in testing local contracts. Casper’s rough smart contract packaging tools make it simple to deploy and update contracts.

Companies don’t deploy Ethereum because contracts cannot be upgraded, in contrast to Ethereum, which does not concentrate as much on enterprises since it lacks the characteristics of the Casper protocol. In this aspect, the sole difference between the Casper protocol and Ethereum is that the Casper protocol is centred on business purpose-designed; otherwise, the cspr coin is almost identical to eth in practically every other manner. It’s a utility token that may be used to pay for network transactions.

The Casper Network is a decentralised blockchain network built on the Highway Proof-of-Stake consensus algorithm, with an initial quantity of 10 billion CSPR – native token tokens upon the introduction of Mainnet. The yearly supply growth rate that should be achieved is 8%. The platform’s consensus layer is based on the Highway flavor of CBC-Casper. The protocol’s safety and liveness guarantees are its distinctive features.

To make the Casper protocol the best smart contracting platform to build on the Casper network is incorporating: 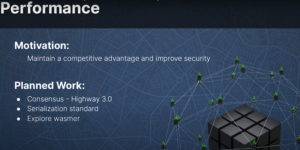 CSPR tokens may be staked

Token holders may actively engage in Proof-of-Stake systems via a technique known as staking, which is a feature of the protocol. To stake tokens, you’ll have accessibility to a CSPR token wallet. You may use the CasperLabs Signer tool right now. The Signer serves as your CSPR wallet, securing personal accounts and assisting you with tasks like staking, un-staking, and transferring tokens to another account.

Individuals who own their private keys may stake their tokens with any validator on the Casper Network. It is also feasible to stake tokens via an exchange or a custodial service. Validators may stake the Casper native currency CSPR on the Casper network, which is a Proof-of-Stake blockchain. Validators are rewarded with CSPR if they continue to maintain and protect the network. As blocks are verified into existence and grouped into eras, CSPR incentives are awarded.

Validators on the Casper network may earn between 10% and 20% of their staked CSPR in the first year of Mainnet operation if they participate regularly and under predicted network circumstances. Because only a limited amount of tokens are issued every era, the growth of individual holdings is based on the total active stake.

Even if you don’t run a Casper node, you may receive rewards by participating in the protocol server, which keeps a copy of the blockchain. You may do this by delegating or allocating your CSPR tokens to a certain network node operator. A commission will be kept by the node operator, which is a proportion of the earnings produced from your staked tokens. By taking part in the protocol in this manner, you may contribute to the network’s decentralisation and security while also earning incentives.

Casper Labs and the Casper Association collaborated to create a developer DAO and DAO infrastructure. It will take time to join voting associates and build up the infrastructure so that they can vote on initiatives and projects, and then onboard and get them to draught these contracts, but we can see that the Casper team believes in decentralisation.

Casper is collaborating with several Fortune 500 organisations, and most of the work will be done on the public network. These huge Fortune 500 corporations have not been using open protocols. CTOS and CIOS are now experiencing FOMO, and they understand that blockchain technology is here to stay, and they must embrace it. They would need assistance to adopt blockchain technology, and this is proven to be the case, thus the Casper Labs team is assisting these businesses in becoming online. The hyper ledgers are not used by major corporations. They want to employ Casper and want the security of a public network so that they can perform some type of tokenization or have high-value assets on the blockchain, and Casper can provide that protection. They are ecstatic to be working with a public protocol that fits their requirements. Around 85 per cent of Fortune 1000 organisations are actively researching blockchain.

The NFTs on Casper are unique in that they are entirely upgradeable. Casper is most likely the only blockchain with a contract package, hence publishing contracts to Casper is similar to publishing a package to NPM. Game makers need the ability to update their NFTs, which has been a major roadblock to their embrace of blockchain technology. Casper is receiving a lot of positive comments from the gaming community about his upgradeable concept. An NFT contract may be invoked and a reference to the NFT can be stored in the account. Because he is the contract’s creator, the user may also use his account to multi-sign as an access control mechanism to update the contract. As a result, there is a built-in governance system.

Even DAOs may use a multi-signature mechanism to control their on-chain code. On the Casper protocol, you can have up to 100 multi-signature users, and on private networks, you can have up to a thousand. It’s entirely flexible, and you can even specify weights so you can build up a reputation around your keys, so there’s a lot of really cool stuff you can do with NFT contracts that aren’t limited to NFTs. This applies to any contract.

Casper 2.0 will provide a new consensus protocol, and what’s even more impressive is that, because of Casper’s design, it will be able to switch out the consensus protocol. Casper 2.0 will improve highway to 3.0, lowering consensus overhead. Casper will also work on unifying contracts, which will allow contracts to stake network support, upgrade to multi-signature, and have all of the attributes of accounts that are now present on the network. There is currently no other protocol that enables contracts to stake the network, therefore this will be revolutionary. Casper 2.0 is slated to deliver by Quarter 3 of 2022.

Casper network is a futuristic protocol meant to address enterprises. The collaborations with fortune 500 companies, rolling new consensus mechanism on Rust and upgradeability features of contracts makes it a really powerful protocol.