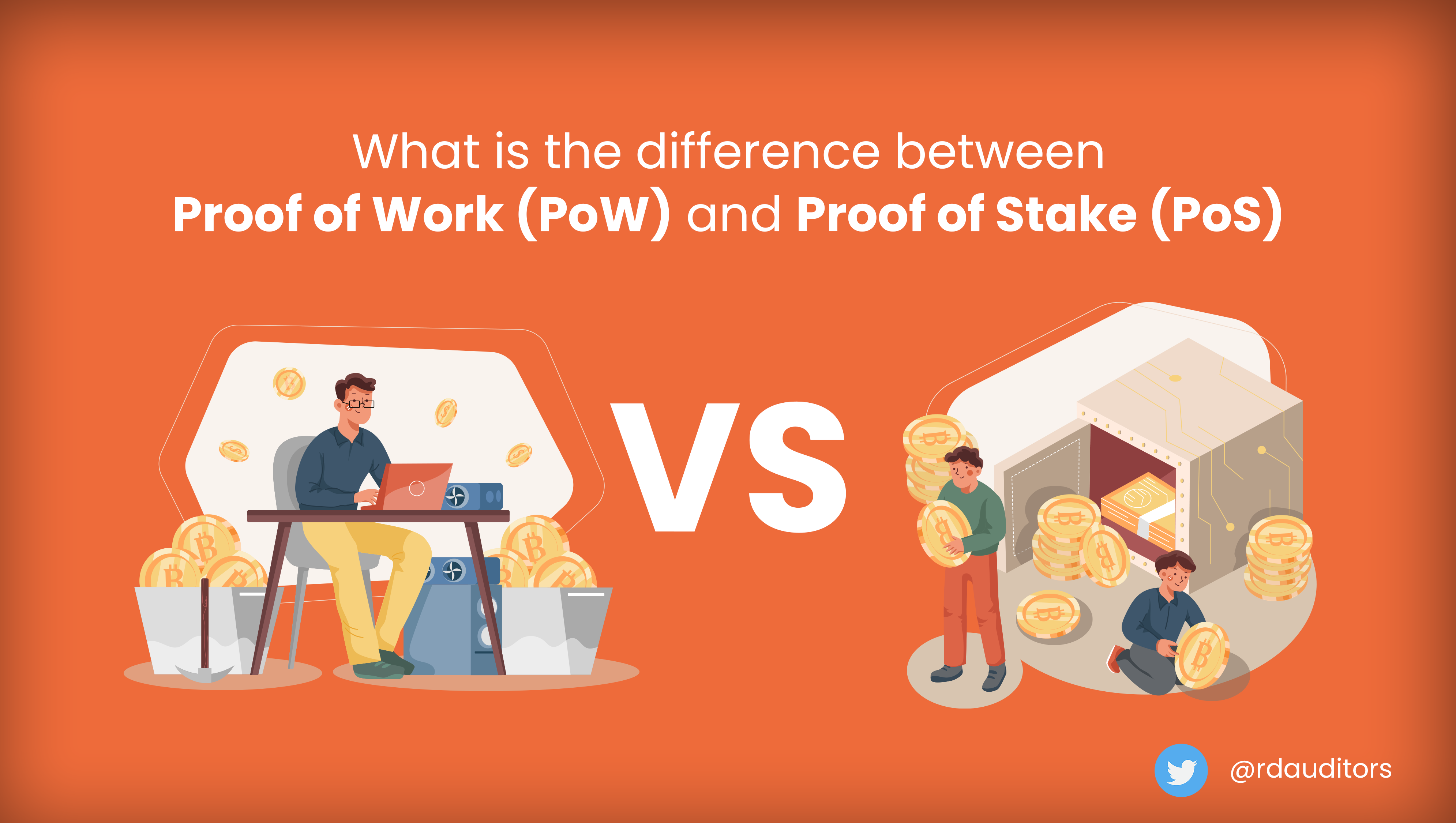 Behind every cryptocurrency, a complex network of computers works relentlessly to secure the software from attackers and regulate the supply. The system is known as a consensus mechanism and a couple of most common mechanisms are Proof of Work (PoW) and Proof of Stake (PoS).

Both mechanisms have unique features and if you know the differences it can help you to determine the target cryptocurrencies for your portfolio.

It is a protocol with the main goal of deterring cyberattacks—more specifically DDoS attacks that can exhaust the resources of a computer system by sending thousands of fake requests. Bitcoin inventor Satoshi Nakamoto applied the technique to his cryptocurrency successfully. Although the concept was originally published by Cynthia Dwork and Moni Naor in the year 1993. However, PoW is probably the biggest idea behind Bitcoin’s white paper as it allows trustless & distributed consensus.

Proof of Stake makes the consensus mechanism entirely virtual. In PoW, crypto miners must solve hard cryptographic puzzles with the help of their computational resources. In PoS, some validators lock up some of their Ether as a stake in the ecosystem. When any block gets added on the block (as per their bet) validators get a block reward in proportion to their stake.

Let’s look at the differences between two mechanisms on different parameters.

PoW algorithms determine who can adjust the ledger through a competition where miners are able to boost up computational energy to propose valid blocks. For creating a new block, PoW networks compete against each other to solve very complex mathematical problems. The process is called hashing. Hence, the PoW system consumes more energy with a higher cost but the system is more proven.

PoS blockchains do not determine who can propose blocks based on energy consumption. An active internet connection, specialized hardware and ASICs mining equipment are required for PoS miners. Overall, the PoS is more energy & cost-efficient but less proven.

In PoS, the block reward is similar to PoW but several exchange houses may offer staking services so that users can stake funds on their behalf. This leads to more regular payouts to the coin owners.

For PoW consensus mechanism you just need to purchase hardware like computers with good computational power.

For PoS, you need to buy stakes and build a reputation.

Bitcoin is the most popular crypto that uses PoW consensus mechanism. It uses the function called SHA256. Ethereum and Dash also use PoW algorithm.

Some of the well-known cryptocurrencies that use PoS consensus mechanism are EOS, Tezos, Cardano, Cosmos and Lisk.

In terms of popularity, blockchains based on PoW algorithm still have greater votes. However, issues like threats of a 51% attack and high energy consumption have made its future adoption vulnerable. On the flip side, PoS provides higher transaction throughput that makes it a more viable solution for the future world.