Everything you need to know about a DAO 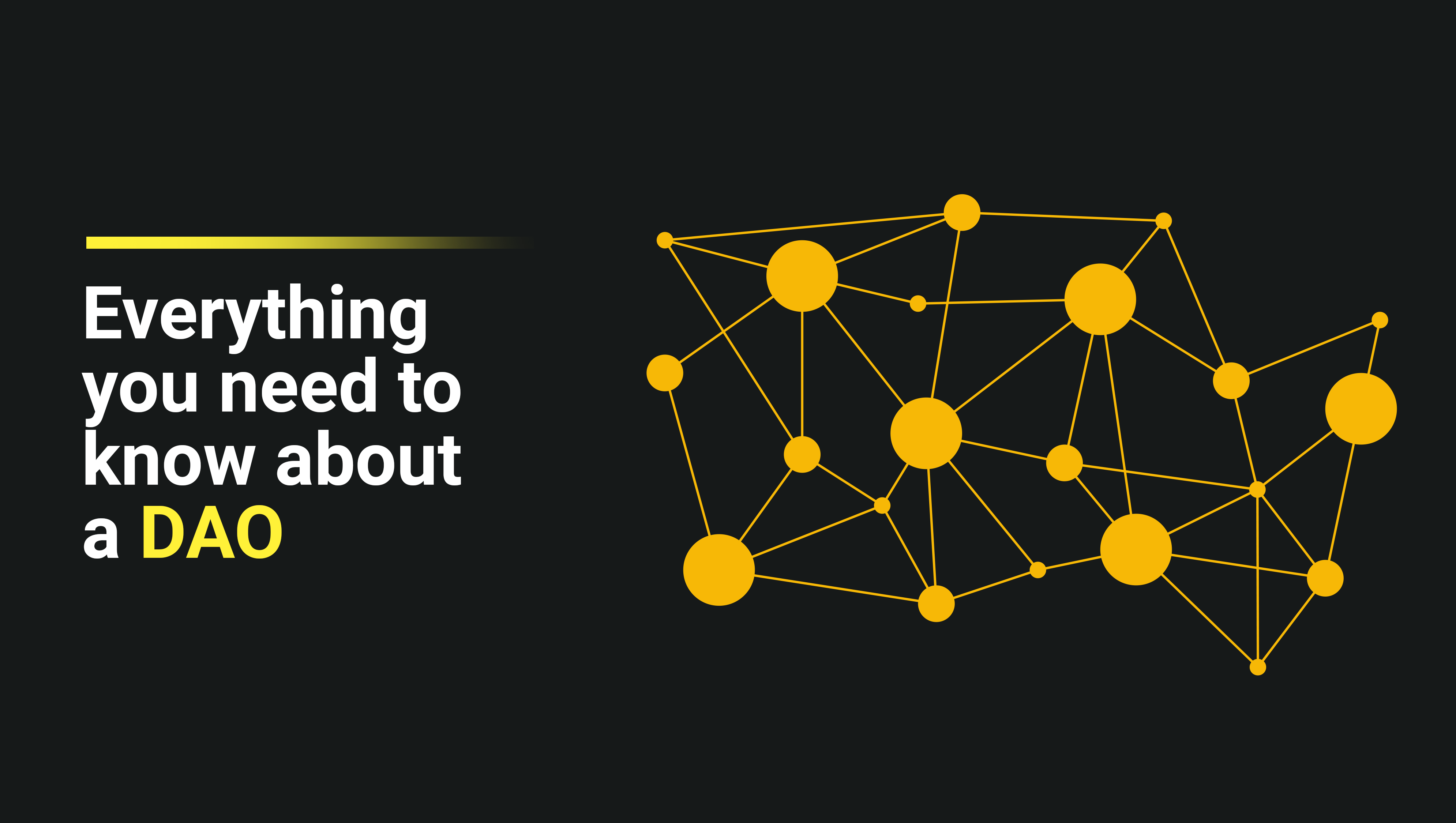 Everything you need to know about a DAO

A DAO is a Decentralized Autonomous Organization. It is software that lives on a blockchain. This is collectively owned and managed by its members. They have a fixed set of rules and regulations which are executed through code, in the form of smart contracts.

A DAO is very different from a centralized management structure. Instead, they operate with a techno-democratic approach. The investors or stakeholders vote on proposals, brought forward by other stakeholders. This can involve thousands of people and computers through a consensus-based algorithm. Once consensus is reached, they are usually immediately executed.
In contrast to a traditional organization, a Decentralized Autonomous Organization does not have any form of hierarchy. To make sure the interests of both organization and its members are aligned, a DAO incentivizes its distributed network of users. This allows them to achieve their goal.

For a Decentralized Autonomous Organization to be fully functional, you need the following.

It is not possible to edit any rules or regulations without this being noticed. The reason is that it is transparent and public. This is because it has a democratized organization, unlike a traditional company.

A DAO is funded by a form of crowdfunding during which tokens are issued. Anyone who wishes to do so can participate in this crowdfunding. These tokens can be traded on crypto exchanges. Consequently, the tokens will have a monetary value.

Once a Decentralized Autonomous Organization completes the funding phase, it is live and operational.

In general, a DAO treats tokens similar to a voting stock in a company. The token holders, decide how to spend the group’s collective crypto. Not the majority of shareholders.

The number of tokens you have represents your share in the DAO. You can use the tokens now to vote on proposals and reach a consensus. The more tokens you possess, exponentially, the more voting rights you have.

This hands the governance into the hands of the community. In a traditional company, it will be the company executives, like the Board of Directors or activist investors.

The use cases for a DAO seem endless. Especially within the DeFi space, there are many protocols that make use of a Decentralized Autonomous Organization. It is possible to buy NFTs, make investments, borrow, start fundraising, and all this without intermediaries.

The general sentiment among analysts and industry insiders is that this type of organization is coming to prominence. Possibly, even replacing traditionally structured businesses.

Below is a snapshot of several DOAs balance sheets worth more than $50 Million.

Here is an example of Moloch DOA Flowchart 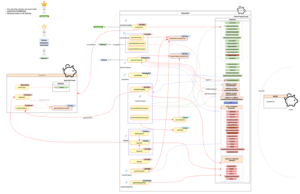